I wasn’t allowed to watch ‘My So Called Life’, but I wanted their clothes.
When people say ‘ten years ago’, I assume that means 1997. But now 10 years ago is the 2000s. Just another reminder that I am getting older. As I was in bed last night, I began thinking about the 90s. The good old days when times were simpler and Clarissa really could explain it all. Not only that, but there were bad makeup colors, cropped tops, guys who bleached their hair tips yellow…oh, dear.
Since I couldn’t sleep (perhaps the horror of remembering bleached tips and puka shell necklaces?) I made a list of things I said in the 90s. Enjoy!
I am sure this has jogged your memory. I’d love to hear your additions!!!

Babysitting For A Murderer

stickers at a Seattle bus stop
It was 2005 and our apartment was on top of a Safeway & a Starbucks. I got in the elevator, went down one floor and the smell of brewing coffee met me. Have I mentioned how much I love Seattle?

I spent lots of time in that Starbucks and became friends with a barista named Autumn. She had dyed black hair, plugs in her ears, piercings in her face and tattoos on most of her skin. We hit it off from the beginning. I would invite her to church up in my living room on Sundays and she would return the warm gesture by inviting me to her burlesque parties. Neither of us ever took the other up on the invites.

Slowly my friendship with Autumn began to grow. We couldn’t be more different and yet oddly we found the other refreshing. After about a month she was my closest Seattle friend. I would meet her when she got off work and join her for the bus ride home. She went home and I went to the college campus to meet students.

We would talk about God and she would ask me questions I didn’t have answers to.  This sentence left my mouth more times than I can count : “I can’t answer that. You just have to meet Him for yourself.” .

Autumn had a one year old little girl named Opal & a boyfriend named Merlin. Like the wizard. He changed his name to Merlin because he hated God and felt that naming himself after a wizard would reinforce that point. Meeting Merlin was nothing compared to what came next.

The big news came in a parking garage when I was about to give her a ride home. Autumn was talking about slam poetry and mentioned that she started performing in prison.

Uh…prison? That’s when it came out. She was a murderer. Mind you we are alone in a dark parking garage when I make this discovery. Freaking out inside, faking a causal smile on the outside. The crime wasn’t intentional, but it happened all the same.

Two weeks later I found myself driving to Autumn’s house at 6:30 in the morning. Opal needed a babysitter while Autumn went and got her drug treatment at a nearby rehab clinic. I sat with a sleepy Opal for an hour in Autumn’s room. Very much a reflection of Autumn’s life, her room was a wreck. It was decorated with black ravens and pornographic pictures of herself. It was the darkest place.

I would sit and rock little Opal while singing worship songs to try and keep my sanity. I would bring my Bible and read scripture , and pray over Opal’s life. Autumn would come back and we would walk Opal to her daycare. Then we would drive back to my apartment. She would start her shift at Starbucks and I would go home and make breakfast.

I did that for about two weeks until Autumn was able to get Opal into daycare earlier. You may read this and think me some sort of Christian hero, but I am not. If I had visited her house before offering to babysit, I would never have volunteered.

I learned a few things during my time with Autumn & Opal.

First, I learned that in really dark places God’s presence glows the brightest. Autumn’s creepy bedroom changed completely when I worshiped and prayed with little Opal. The ravens were overshadowed by the goodness and lightness of God. All else melted away. It didn’t matter how dark and oppressive the environment was, it mattered that I met God there.

Third I realized that the goal of loving people isn’t for a happy ending. This story didn’t have a happy ending at all. They disappeared without telling me where they moved. No one gave their life to Jesus or came to church. I told Autumn once that even though she doesn’t want Jesus now, some day she might. And if she ever does, she can call upon Him and He will come without delay. I’m hoping she remembers that & in heaven I can find out it was a happy ending after all. We don’t love so that we have great stories of happy endings. We love people because God loves them, and that is reason enough.

It is indeed Good Friday. The day we remember Jesus and what He did on the cross. I often wonder what it felt like between the time Jesus died and the moment word spread of His resurrection. Those moments surely seemed so dark and confusing. What would it feel like to think that evil wins? I think I would feel trapped. Caught in the heaviness of disappointment and the death of Hope.  Feeling that there is nothing big for me to believe in. No significance. Simply death & silence. Friday Hope died, Saturday Evil ruled for a day, Sunday Life overcame Death.
Typing this, I am reminded that there are millions of people who are living in that reality right now. They don’t know that the greatest victory has been won. They are stuck in the Saturday between the death and life. Their ears don’t ring with the cheers of Easter, only the cries of broken hearts.
As I was getting my son dressed today, I was thinking that it isn’t possible for me to love someone enough to willingly put my little boy through pain or much less death. I just wouldn’t do it. My brain cannot fathom how deep and rich a love it would take for a parent to let their child suffer…and yet that is the amount of love God had. What an extravagant and intense love He has for me. What an extravagant and intense love He has for you. For all the people of the earth that have ever lived, are living, and will live in generations to come.
To be loved with an Overcoming Love. It is a very good Friday indeed.

I Am Moving To Milwaukee 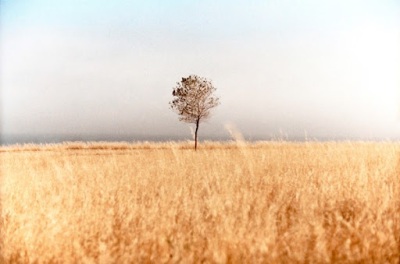 Stupid trees…
I had been planning on sharing some significant insights that this past week exposed. However, it appears that I am allergic to the entire state of Texas. Really. I live in a fog these past few days. Thus the lack of posts from this week.
Tonight I sat at my computer and was plagued by the inability to think beyond…, well to think period. The logical thing would be to look up the name of a good allergist in my town. That’s not really my style though. Instead I google the best places to live if you have allergies.
Thanks to Google, I am considering a move to Milwaukee, Wisconsin. When I hear the words Milwaukee and Wisconsin the only thing that comes to mind is beer & cheddar. I did a bit more research and am happy to report there are a few more thing the city boasts about:
I’m not making any rash decisions. I’ll sleep on it, but Milwaukee looks nice with their low pollen counts and all. Who’s with me?